I mostly dread January 1. Many of the new year days I’ve had in my life were full of shit. I’ve detailed them in a previous post (I’m too tired to search for it in my archives now) but suffice it to say they were unmemorable at best and downright nightmarish at worst.

But not this year!

This year started off with eardrum-perforating bangs emanating from the stage in the Toto Center in Holon. Till Lindemann kicked off his Ich Hasse Kinder tour with the first ever show in Israel, and no amount of Covid germs were going to keep me from being there. That was last night, so not exactly new year’s eve but still January 1 and still a badass way to start off 2022.

We still took whatever precautions we could. The venue kept a strict record of Green Passes, so that was a relief. Both me and my husband were triple-vaxxed and double-masked just in case. We were glad to see that the venue wasn’t so packed and we were still relatively close to the stage. Visibility was 100%, the sound was not too overwhelming and I wasn’t upset I forgot my earplugs, but the floor still vibrated from the bass and I loved the shit out of it.

My favorite tune was “Knebel”. He delivered a kickass version of it and he paused for a few second before blasting off into the “Mund” scream part of the song. The stage went silent as the crowd screamed “Mund!” and Till pumped his hands with the palms facing up to urge the crowd to scream louder, and then he burst into “IN DEM MUUUUUND!!” I tried to scream as loud as I could. It proved to be tricky behind my double-mask layers.

It was nice and theatrical. Many things were tossed into the crowd. Aside from the usual drumsticks and water bottles, Till also tossed real dead fish (during “Fish On”) and no less than like 10 cakes (during “Allesfresser”). We weren’t within the range of the projectiles but it was still fun to watch. There was also the video art in the background which was just as obscene and gag-worthy as I expected it to be. Definitely not a show for the faint of heart. That’s a forewarning for anyone out there who is also looking forward to see Till performing live.

And despite his name being the Hebrew word for “missile”, Till had no explosions or pyrotechs in the show, as opposed to Rammstein shows. He still delivered an awesome performance and we still had a blast, even with no actual fire involved. And that blast was all the new year fireworks we really needed.

The ringing drone, the stiff neck, the butchered throat and the lack of sufficient sleep I suffer from now is definitely worth it. If not for the first real metal show I’ve had in the past two years, then definitely for finally getting a chance to wear my full metal gear – my black pants with the metal buckles, my studded belt, and my black velvet jacket with the faux-fur on the collar and the metal studs and buckles all up and down the fabric – which has been collecting dust in my closet, sadly discarded.

I took no pictures during the show because I was enjoying myself too much, but here’s a picture of Till next to the Sheraton hotel in Tel Aviv.

Peace, love and the Covid risk is worth it too

When War Eternal was released and I was dumbstruck by just how crappy Arch Enemy had become, I thought, or rather hoped, it was a momentary lapse in judgment from the band or the producers. But now, out comes Will to Power to shatter any shred of hope for a better future for the band.

It’s official. Arch Enemy has sold out. And all of us United Enemies are in mourning.

I recently posted a link on Facebook to the album review written by a dude who calls himself Angry Metal Guy. He describes pretty accurately what I feared Arch Enemy would become if they continued down the path that War Eternal laid for them. Power metal, with lots of electronics, and the occasional clean vocals that have absolutely no place in death metal, no matter how melodic the band’s style may be. Basically, Will to Power is to Arch Enemy what St. Anger was to Metallica. A regurgitated dump.

Today, on the way to work, my player was on shuffle and “The Last Enemy” came up.

This, I thought, this is what death metal sounds like. This is Arch Enemy at its finest.

Seriously, War Eternal and Will to Power were written by a completely different band. I’m sorry, but I refuse to recognize these piles of horseshit masquerading as metal albums as having been written and recorded by a band that used to be so brutal and so brilliant.

Onto brighter news, after Amon Amarth graced Israel by its presence and played a kickass show in Tel Aviv, up next on the bill is Carcass. They will be playing a show in Israel on December 9. My husband already bought the tickets, and we are currently looking for a babysitter.

Like Amon Amarth, we already saw Carcass at Wacken. The difference is that Amon Amarth’s show at Wacken was beyond spectacular, whereas Carcass’s show was not. I mean, it wasn’t bad, but it wasn’t as good as we had hoped it would be. At the festival, they did not play a single track from Swansong, and not enough tracks from Heartwork. Also, back then, their latest record had just been released and we weren’t as familiar with the songs as we are now.  So we now hope that their show in Israel, which is not a festival, and which they are headlining, and in which they will most likely play a longer set, will kick as much ass as a Carcass show should.

Back to Arch Enemy, it should be emphasized that they still hold the number one spot in my list of favorite bands. That’s the Arch Enemy that recorded such masterpieces as Rise of the Tyrant, Wages of Sin, Doomsday Machine, Anthems of Rebellion, Root of All Evil and Khaos Legions.

Here’s to hoping for better days and better records.

Peace, love and Metal be thy name.

I listened to three records I haven’t hear before so far, and I’m totally enjoying it! I love discovering new music. It makes my iPod more diversified and more exciting, rich with different genres and songs.

Day 1:
Kataklysm – Of Ghosts and Gods (5/5)
Kataklysm is amazing! I found their style to be very similar to Arch Enemy. Their songs shift between fast blast beats and slower yet powerful headbanging beats. The melodic element is very dominant, especially in their choruses, which is the classic Arch Enemy signature style. Their vocal work is terrific, and also somewhat reminiscent of Angela Gossow’s vocals – shifting between growls and screams like it was the most natural thing in the world. The only difference I found was that much of their lyrical content is awfully depressing. As opposed to Arch Enemy whose songs are sometimes dark and morbid and sometimes empowering and inspiring, with powerful revolutionary overtones in order to counter-balance the morbidity of the other tunes. There isn’t much counter-balance in this record and it does bother me a little. But I still love melodic death metal. It’s the style I can connect to the most. The melodies add a whole other dimension that is lacking in other more brutal forms of extreme metal. And headbanging ultimately becomes inevitable.

Day 2:
Lloth – Dancing in the Dark Lakes of Evil (3/5)
Lloth is the former name of Astarte. They released only one record, unsigned, as an audio cassette before they renamed themselves Astarte. So clearly, I didn’t find a decent, good quality version of this record. I streamed a scratchy, fuzzy version of it online, which my husband calls “caves music” because it really does sound like it was recorded in a cave. However, I think that even if the quality of it was better, I still wouldn’t like it as much as I like Astarte. Lloth’s style is far more black than Astarte, and the emphasis that Astarte usually puts on the melodies is completely lost in Lloth’s record. The music sounds like something they would play in some kind of dark satanic dungeon with hooded figures with blood streaming down over their faces and hands. Also the record features a couple of long and tedious instrumental pieces that sound like something that should be played at a funeral or a witch-burning ritual. Although the shrieks sound more like some random shrieks rather than lyrics, Tristessa is phenomenal! Her vocals are second to none.

Day 3:
Slash – World on Fire (4/5)
As a complete transition from the dark and gloomy worlds of extreme metal, I moved on to happy, dancing, refreshing rock. I am completely headbanging head over tapping heels about Slash’s Apocalyptic Love, so World on Fire was a definite must-listen. The record is good, the songs are catchy, and did make me dance a little in my chair. Myles Kennedy’s voice is epic, and I know I’ll be making quite a few enemies with the following statement, but I find Myles to be far, far more talented than Axl. I mean, GnR is classic and all, but the new formation is just a muddied and watered down version of the classic band, featuring a tired old Axl with some musicians who, try as they may, will never be able to recreate GnR’s former greatness. Back to Wold on Fire, the energy of the riffs is great. Slash is a super-shredder and isn’t ashamed to show it off. Pure rock. Some of these songs are so catchy, they’re contagious. But it’s still not as good as Apocalyptic Love. It might be because I don’t know the songs as well and just need a few more listens of World on Fire to allow it to sink in.

For the upcoming three days, I’ll be focusing on industrial. Today, I’m listening to Disturbed’s Indestructible. I absolutely love Disturbed. The Sickness, Asylum, Ten Thousand Fists, Believe, all these are amazing. I just recently found out about Indestructible and the songs I am listening to now sound just as awesome so far.

Tomorrow, I will be checking out The High End of Low by Marilyn Manson. I’ve loved the shit out of Manson since my mid-teens, but after the release of the Golden Age of Grotesque, I moved on to heavier music and Manson was left behind a little. I still love his older tunes, but I thought it’s time to check out his later ones. The High End of Low features the song “Arma-Goddamn-Motherfucking-Geddon” which actually sounds pretty rad. I am so excited to check out the full record!

Then, on January 6, I’ll be listening to a Rammstein record. I love all their earlier work, Mutter, Sehnsucht, Herzeleid, Reise Reise. They all rule so much! So I’m totally looking forward to checking out Liebe ist fur alle da as well.

Yesterday, I went to metal night and came up with two other records I want to check out, so although my fun-a-day list is pretty much complete for January, I’ll still look into them: Individual Thought Patterns by Death, and Hyena by Cripper.

No such thing as enough music!

Peace, love and 2016 is definitely off to a good start! 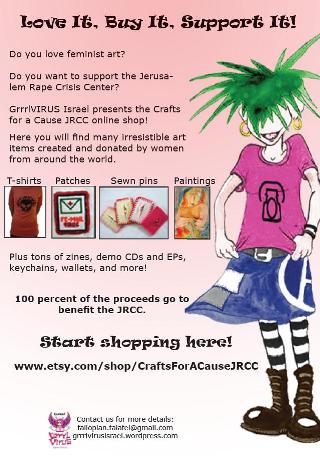